November 22, 2012
Trying hard to re-ignite the flickering flame of the James Bond movie series is this year’s Skyfall. And, well, at 143 minutes long, we can’t say it didn’t have plenty of time to get things right in Sam Mendes’ action-packed effort.

From the opening moments, “Bond” (Daniel Craig) is jumping from train to train and doing what we love by constantly improvising to find ways to impress us and get the job done. And this time, he has a partner, “Eve” (Naomie Harris) who is out doing fieldwork with our main man when the heat of a manhunt is underway.

When a judgment call is made by “M” (Judi Dench) to take a shot that accidentally hits Bond, he is presumed dead. But when a terrorist who is a former agent, “Silva” (Javier Bardem) hacks into M’s computer and puts the lives of secret service agents all over the world at risk, Bond is back from the grave and back in the game.

Or is he? A resurrected Bond isn’t exactly acing his re-admission tests, and his being back in the field seems more a decision of a higher-up than his being prepared for the job. To go with a waning physical condition, his mental and psychological states are also highly questionable.

As the search for the enemy gets closer, M’s past comes back to haunt her. This is while Bond is edging past his sub-par performance with little more than undying determination and a good, old-fashioned love for the crown. But in the whole struggle, it’s not like we all don’t notice. We do notice. And depending on how gung-ho you are (or are not) in Craig’s Bond, this may get on your nerves.

The film is getting rave reviews on Rotten Tomatoes while being hailed as: “One of the best 007 films to date.” I must disagree. First issue: Craig’s Bond. Why is it that every single one of his Bond movies have been stooped in a cognitive dissonance? It’s forgivable when such struggles tie in with the theme, but we shouldn’t have to watch a borderline-unmotivated Craig, who gives us an outright Nihilistic and broken agent, fail to live up to the high bar set by former Bonds. 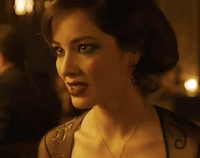 When he arrives in Shanghai to intercept the operative responsible for stealing the names of the agents, he doesn’t use Mandarin, but English and everyone around him seems to have no trouble communicating with him. Strange. And in the course of his infiltration, he runs into the beautifully alluring “Sévérine” (Bérénice Marlohe), Bond’s love interest this time around, but her part in things is cut ridiculously short. You don't sideline a Bond love interest so easily! It’s like every time the movie gets a chance to become “Bonded?”, it shirks its responsibility.

And Skyfall – with its intricate story and nicely interwoven details that go back to Bond’s upbringing – goes the expected route of killing off everybody who matters. I thought only 24 made that mistake before it was cancelled! But no, it’s the same problem. Instead of relying on charm to go with his super-heightened abilities to read people and situations (and otherwise bargain his way out of danger and into the inner circles of the kingpins he’s taking down), all of the high-points of finesse are either missing or minimalized. 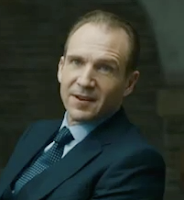 The next mistake is having a brilliant bag guy who is just too brilliant. It has become a very common movie mistake to set up a cyber-hacker on the level of his/her being able to do anything just with a few touches of a button (think: Swordfish, Live Free or Die Hard, or The Net). Computer hacking is Hollywood’s own kind of magic! Even our new “Q” (Ben Whishaw) is backed against the wall when up against Silva who can design software and encrypted passwords...“like a Rubic’s Cube that is fighting back.”

Silva is Bond material, and therefore, to be considered every bit as formidable, but that’s if they had as clear of vision for him as they did of Bond (which they didn’t). Maybe he’s not as forgettable as the last few Bond villains in Craig’s films, but it is with Silva that the plot logistics become rather implausible when we find him not only hacking everything, but knowing what he can’t know on multiple occasions.

And the harm doesn’t stop there; this is made worse when, by the film’s end, our mastermind who “thought of everything” degenerates into just another psychopath who needs to be put out of his misery. Why shift gears that late in the program? Because the writers had nowhere else to take things, obviously. 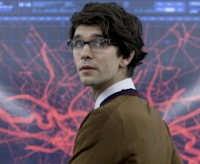 There are a few well-placed plot and prop components, carefully inserted for nostalgia’s sake, but they are only window dressing, a blink at a hope to really allow for the hold-out-ers to get on board and say: “Ah ha! That’s old-school Bond!” It does not latch on. Why? Because the eternal Hemingway-esque optimism of an exceptional Bond movie is not found in a sizable enough quantity here.

In short, despite loads of action and fair-handed pacing, this one fails to truly get inside us or make us want more, and no joke, had me rethinking my position of a few years back when I once defended and maintained Daniel Craig as good a Bond as any. I still feel that Roger Moore and Timothy Dalton were the best Bonds. Where Craig falls on the list for me now is uncertain.