X-Men: Days of Future Past shows us a particularly dark time for mutants. Since 1973, earth has been dominated by Sentinels, droids constructed from a special polymer compound and the DNA of “Mystique” (Jennifer “The Hunter Games” Lawrence), acquired and used by the government to eradicate all mutant life. The result: droids with a perfectly replicate-able ability to combat any mutant power (why or how that is we never quite get).

So these Sentinels, for some reason, have the upper hand in any and all combat against their targets, resulting in our X-heroes totally losing their shit and just about giving up. The creator of these metal-less monster machines, “Dr. Trask” (Peter Dinklage) has, in efforts to safeguard society from the different, made it his personal mission to recruit “President Nixon” (Mark Camacho) and much of the world to his cause. With the fate of the X'ies and all mutants hanging in the balance, a united “Professor X” (Patrick Stewart) and “Magneto” (Ian McKellen, Michael Fastbender), along with their teams, are down with a new and dangerous mission to send back “Wolverine” (Hugh Jackman) to themselves prior to the Sentinels’ creation in 1973 for the purpose of preventing the disastrous future. 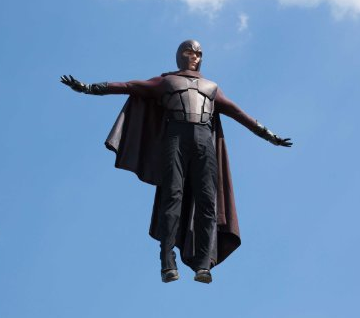 In evaluating the success or failure of this go-round, we must take into account, first, the success with which the screenplay wins us over by thoroughly entertaining us. And this is done not just with the same characters as before, but with cool additions like “Quicksilver” (Evan Peters - who will be returning in 2016’s X-Men: Apocalypse) who provides more than a few laughs along the way. And second, as the film shifts between its slightly brash dramatic leanings, with touches of whimsy, into such a plot-tortured stand-outer that it is quite frankly difficult for mature audience members to appreciate it fully.

Every time we see Magneto in the X-Men series, he gets made to be more and more powerful. Taken to the point of sheer absurdity, he is here joined in this regard by Wolverine, who might as well just be called immortal at this point since the ripped hero just can’t die. Enough is enough, I say. 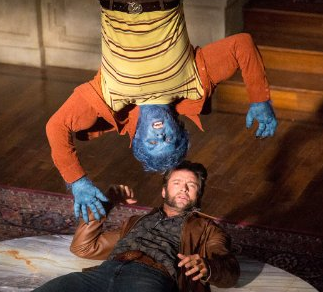 What also can’t be killed: The fact that this movie is goddamn entertaining! It gives us what we want in an X-men film, and more—with a consistently heavy side-dose of great comic relief, plus a stylistic holdover from X-Men: First Class. Does this make up for the fact that its plot is a gross stretch of believability? Decide for yourself (remembering that we are, after all, in the X-Men world).

There are some problems. They range from the exaggerated super powers to plot gaps that have to do with the Sentinels being controlled by Magneto. These gaps can’t be filled or understood, with some events in the movie going totally unexplained.

So yes, things in the plot may strike some viewers as a little bit much in terms of their accomplishments, but there’s no mistaking that our leads are ready to make their mark once again as bad-asses we want to see more of. This is especially true for “Raven” / “Mystique” who just about steals the show, both by way of her charisma and her insertion into a more authoritative role this time around. 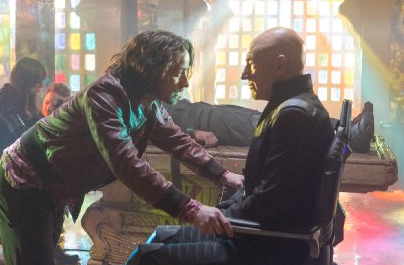 Much is done right...but typically so, as we watch the usual blued-out, apocalyptic hues convey gloomy skies with metal ships full of death housed inside of them. The fights scenes, well, there is that silver lining you were looking for. I liked the movie. I just wanted to like it a bit more still.

In the end, it’s almost hard to say whether Days of Future Past is a step forward – or backward – for the X-Men.