THIS REVIEW CONTAINS ONE SPOILER (7th Paragraph and following).

Antisocial is about the New Years party you really don’t want to attend. Five university friends (Michelle Mylett, Cody Ray Thompson, Adam Christie, Ana Alic, and Romaine Waite) gather at a house party to ring in the New Year. Initially escaping them: a snowballing epidemic erupting outside, the effects of which are becoming global within a stupidly short time.

As panic and paranoia take hold - with frantic checkings of social media and news sites - they barricade themselves indoors with only their phones, laptops, and the usual tech toys to see them thru it. As the chaos increases and possible answers emerge to explain the virus, things begin to look bleak for a world irrationally thrown into hysteria. 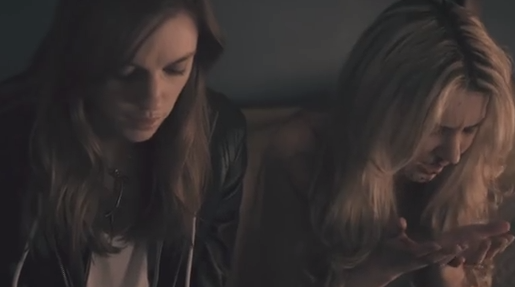 It sports a nice budget and unexpectedly devoted acting from everyone involved, but it teases without quite enough to raise our interest level. Everything centers around social media, watching the news, and asking if this is the end of the world. The problem with that: the news wouldn’t be onto what’s going on nearly as fast as it is here--but that almost seems to be a part of the intended absurdity.

There are no real surprises in Antisocial, at least not until the unfolding of the plot is laid bare before us at the movie’s ridiculous conclusion. Then we understand it all and perhaps appreciate it a little. 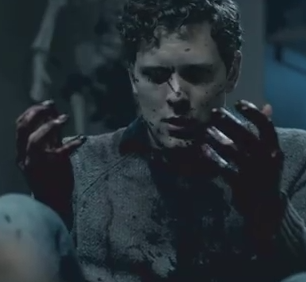 Antisocial is a straightforward tension-builder that mostly doesn’t work, but in the end, sort of does. How people handle trauma is done adequately, but other things are not; the plot is utterly preposterous, but for those who will give it the chance, it can make for some interesting viewing.

Its cast goes beyond the traditional indie expectations both in terms of the performances given and in their rightness for the parts for which they were selected. Our leading lady (Michelle Mylett), as “Sam,” gives us an all-out unforgettable adoption of a girl caught in the middle of a world tugging at her coattails to become more than she is. She doesn’t let us (or anyone) down. 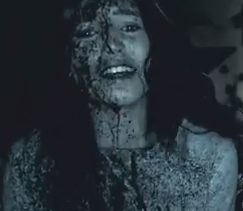 It all makes us ask the question: How bad has social media gotten? How much of us haven’t yet been consumed by it? But any way you slice it, Antisocial is still a smart film with little notes here and there placed for the keen eye to pick up on its message. Each scene was included to add to the overall impending sense of drama.

Normally, there would be no point in stating that none of this could happen, but this is the exception: none of this is possible in the least. And yet, instead of getting billed as a comedy, it comes to us cloaked as a horror\thriller. And it’s a humorless one at that. Since the film goes in the wrong direction of what it wants to do, and can’t be billed as a comedy (and yet, somehow still makes us giggle), we know it is worth contemplating the reasons for why this is the case.

Cody Calahan, director of two earlier short films, brings us this liberally expressive piece. Every time it scores some points, it loses a few before gaining them back. It is largely un-grade-able—and it doesn’t matter what grade I put on it anyway since it happens to be a work that reveals itself as a very purposeful (and needed) stab at one of the ways in which we’ve been clustered into a type of slaughterhouse, thanks to the world-wide-web.

I can say that I liked this film more than I care to admit—and hey, there is a reason why JHO isn’t on Facebook!