A big-time prison escape artist “Ray Breslin” (Stallone) gets paid by the Federal Bureau of Prisons to break out of them and reveal to those who run them where its imperfections lie in order to make them safer and more secure. This guy Breslin literally wrote the book on prison escaping, but his next assignment will take him to the limit and beyond.

When he accepts the job of breaking out of “The Tomb,” an off-the-books hold for the most dangerous of the most dangerous criminals whom the government wants to “make disappear forever,” he finds after he is betrayed by a trusted confidant on the outside that he must rely on fellow inmate “Emile Rottmayer” (Schwarzenegger) to survive and get the edge over a system that has gone too far. 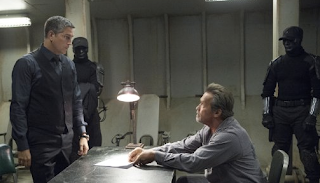 About twenty years ago, this could have hit #1 at the box office rather easily, but today people have this little thing going on called thinking. It’s where they put a lot more thought into their entertainment than they used to. For example, no one in the 1980s ever questioned whether or not bands of punks with purple hair and ninjas started fights in the streets. They just enjoyed it when they saw it happen on screen. But people today realize that such things are improbable—so improbable that even watching such junk insults their intelligence. And so, at some point, people hung up the purple-haired punks and ninjas and started liking better things; the point being, it requires a bit more to entertain modern audiences. But apparently, director Mikael Håfström and writers Miles Chapman and Jason Keller of Escape Plan never got that memo.

As you’d go in expecting from most old-school “tough guy” action movies, Breslin’s personality might have some rough edges, and it does, but it is the familiarity of Arnie and Stallone that gets (and keeps) us watching, although neither of them do much better acting than the stand-ins they use for prison guards. But let’s hit on what matters most: Escape Plan is an old-school suspense action-thriller set in a very modern prison. It’s like Escape from Alcatraz in contemporary settings, only nobody cared much for the acting or personalities, just the sloppy action. If seen with uncritical goggles and for the action/suspense alone, it works fabulously. If seen for the plot, then troubles are bound to arise.

There are so many plot troubles that it is difficult to know where to start. We will consider only the bigger ones; when Breslin agrees to take the job with The Tomb, he is prepared with his cover story...and then abducted. Why? Why was this necessary since he agreed to the terms of the assignment? But the bigger concern is why he said yes to this project. 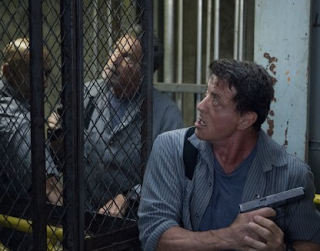 Although he does not look it, Breslin is a principle-based smart man who happens to think he is 30-something and lifts weights like he wants us to think it, too. The question remains: why would such a smart man choose to break the meticulous protocols put in place by him to prevent abuse, like…I dunno know…letting his company know where he is being held? That’s pretty important stuff. We are supposed to believe this was for a lot of money, but that doesn’t go with his character.

But even worse is Breslin's ethical disregard for what he is doing and who he is helping. The brains behind The Tomb explain very clearly that they are an illegal operation, a black-bag project to deal with the real bad guys of the world, funded by radicals and private interest groups. No way could helping some unaccountable, rogue organization be a bad thing, could it?

I guess it’s only in action movies and real-world politics where nobody cares enough what kind of message their perceived good guy sends. Why would Breslin want to operate this way or support illegal shit like this? Because he’s a tough guy and is offered a crap-ton of money. That speaks volumes for bar people who never pick up a book and who will worship this movie just because some former action god is in it. Ok, so whatever.

But there is a yet more troubling complication from which there is no escape, and that is the reason for Breslin’s being betrayed in the first place. The friend who turns on him has no convincing reason whatsoever to do so. It doesn’t make a bit of sense. I liked this movie for its against-all-odds suspense, but the reason it will never make higher than a C+ is because the logistics are so untenable. As soon as we turn the brain on, we start to get those pesky error messages.

Many reviewers panned this film outright simply because Arnie and Stallone didn’t get on camera and make wisecracks about grandkids and getting old. Instead, they got on camera in a prison setting and their characters immediately trusted one another (that’s sure odd) and just ran with the dumpy dialog they were given. The two obviously think they’re young, so I guess they are, but other actors could have been great picks for their parts. Fact is, to some, Arnie and Stallone can excrete on a plate and the nostalgia people will like it and eat it up anyway. 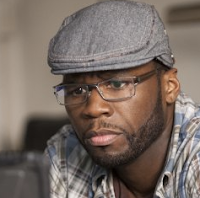 Bottom line: Escape Plan is an action romp we want to love and is genuinely exciting with some appealing elements here and there. Most will just have trouble being totally sold on it. But with a little help, especially from the prison warden, “Warden Hobbes” (Jim Caviezel) – who is meticulous, intelligent, and, expectedly, very cruel – this is certainly possible. His interest in painting butterflies and his eye for subtle details supplements what is otherwise missing from the film.

With its naturally cute female lead (Amy Ryan) and techie sidekick (50 Cent), it reminds me almost of the first Diehard. It will never be anywhere close to perfect, nor was it meant to be, but Escape Plan will still have its admirers (I will admit I enjoyed it)—flaws be damned.