A movie like Pain & Gain doesn’t come along all that often. When one does, the last thing you want to do is get in line to trash it like most critics and many viewers have. There is gold in this dar’ film…well, maybe just silver, and it’s tarnished, but still there.

This long descent into depraved depths with director Michael Bay at the helm gives us a very ugly and dark comedy based on a true story from a Miami New Times article by Pete Collins, as well as a full-length book “Pain and Gain” by Marc Schiller, about three struggling bodybuilders who kidnap a wealthy man to try and take by force all of his assets, leading to things going horribly wrong. 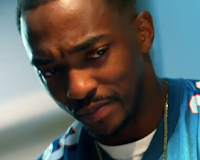 “Daniel Lugo” (Mark Wahlberg) is the new fitness instructor for Sun Gyms. With his arrival, membership has grown, but he doesn’t feel that he’s reached his potential and the bills are still coming. When gym buddy “Adrian Doorbal” (Anthony Mackie) overdoes it on the steroids and needs expensive penis injections to keep up his sex life with new wife (Rebel Wilson), he, too, is wanting a change. And when newly released convict “Paul Doyle” (Dwayne Johnson) comes into the gym needing a job and is given a chance, the trio is already lined up for the hilarious disasters that are to follow. 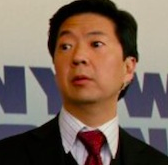 Making matters worse is not just their hysterical lack of intelligence, but Lugo’s prior visit to a self-help guru nut-ball by the name of “Johnny Wu” (Ken Jeong, based off of the real-life “Tommy Vu” motivational speaker from the 1980s/90s). This fraud has nothing to say, but a whole lot of time to say it in. The result: the now-motivated trio have been turned into “doers” under Lugo’s lead instead of “don’t-ers” and are ready to take on their new career of kidnapping, and eventually, murder and dismemberment. 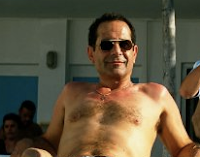 But viewers beware since the trailer seems to introduce a comedy about reluctant and incompetent-but-lovable bad guys who are really to be pitied instead of hated. Such is not the case. Pain & Gain is a dreary, messy, and sometimes depressing comedy where bad goes to worse and stays that way. Because of its tonal variances, more than half of the time we have no idea whether we are supposed to laugh, feel sorry for, or hate our morally misguided leads.

Their first target is “Victor Kershaw” (Tony “Monk” Shalhoub, representing the real-life Marc Schiller), an a-hole and a rich jerk who first meets Lugo at his gym. When these screwballs realize that their take-all lifestyle isn’t self-sustainable – again, thanks to their own stupidity – their next targets are in for an even worse fate. The entire film is much like watching a mentally challenged group of friends or relatives fall into a life of crime—all the while holding onto the belief that each new drop of blood spilt is the one just before a magical doorway to happiness and success opens!

The film has Michael Bay’s signature all over it as an excessive, long-running display of gratuitous everything and scenes with plot details that could have been done without. The great length only adds to this problem, and because the film tries so hard to incorporate and dramatize almost all of the elements from the real events (between October of 1994 to June of 1995). When we aren’t shocked or entertained, we are at a loss for words. 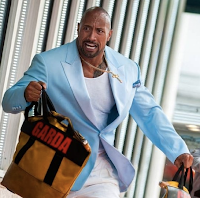 If ever there was a polarizing film, this is one. I wouldn’t blame anyone for hating or loving it, and because of that, I could never fully recommend or pan it. I can, however, say that I found myself riotously laughing out loud more than I’d otherwise care to admit. If you want it, here is one of Hollywood’s most disturbing and humorous spin-jobs on a story that would make normal people curl up in revulsion (and if you guessed that the victims of the families have nothing nice to say about this film, you guessed correctly)!

And hey, there is something dementedly funny about watching an idiot make a woman OD on horse tranquilizer or killers returning to Home Depot to take back a defective chainsaw in hopes of exchanging it for a new one—and those things really happened! Kinda gives the satisfaction of watching the Smoking Gun’s World’s Dumbest Criminals (you’ll pardon the pun) on steroids.