Tyler Perry goes action star in Alex Cross – the movie adaptation of the award-winning novel Cross by author James Patterson – about a gifted Detroit detective who meets his match when he goes up against a proficient serial killer who is ready to take what he values most.

With the admiration of his entire department and a psychology degree on his wall, “Dr. Alex Cross” is considering moving up to a career with the FBI when his next case gets in the way. It involves the murder and torture of a 28-year-old Taiwanese female and a trail of clues that lead right back to some big-business players. 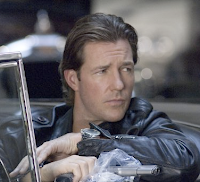 The unknown but highly trained assassin nicknamed “Picasso” (Matthew Fox) turns his attentions on Cross, the only man who can bring him down, along with his team, including his long-time close friend and partner “Tommy Kane” (Edward Burns). As things get personal and the body-count rises with the proud detective finding that he simply cannot protect those closest to him, Cross must use his smarts, street skills, and raw instincts to go above and beyond his training to save all that he holds dear.

If you want to know who won’t be saved, it may just be audiences forced to sit through this film, but recognition of its failure does not come from not wanting it to succeed. I definitely wanted to like this movie, and Perry’s first appearance as a detective carried with it the passion, fit, and focus needed to seal his transition to action flicks (if that was what he wanted). It was Rob “The Mummy: Tomb of the Emperor Dragon” (2008), “The Fast and the Furious” (2001) Cohen’s writing and direction that let him down.

Alex Cross feels like an early-90s “buddy” cop drama with bad lines, miss-the-mark acting, and whole segments of the film that should have been re-done, trimmed, or else cut out. Dr. Alex Cross, the man, is respectably complex. His intelligence, determination, street smarts, and more down-home qualities present us with a man who isn’t built on besetting faults or quirks, but instead, a man who is able to put in view what matters most as he learns from past mistakes. There was a reasonable measure of thought that went into him. The way he fits in with his wife (Carmen Ejogo) and their three children almost makes a mark on us.

But again, the script is what kills nearly every appeal of the movie, and that is the last we see of characters hitting their mark. The psychological profile of Picasso never had much hope to start with—not when we are introduced to him when he steps into a cage match to prove to us how tough he is! And the match had nothing to do with the movie whatever. But his psychological profile isn’t accurate, either.

When he begins his murders/tortures, he is a focused, silent killer with a mission. When Cross and team go after him, he becomes a blabbermouth and gets Cross’ phone numbers and starts taunting him endlessly. So not only is the antagonist a formidable one, but Cohen simply couldn’t resist the opportunity to put in his mouth intimidation jargon to go the extra mile at convincing us of how evil he is (even after we learn how and why he dismembers his victims). 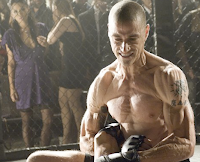 Be not at all surprised that this flick makes the common mistake of having the killer be able to find out any info on anyone he wants when he wants it. The killer can’t just be proficient with a gun or hand-to-hand combat. He has to know how to be everywhere and have thought of everything to make the good guys catching him be a 1-in-10,000 chance. I would be willing to roll with this last flaw, but that doesn’t change the fact that this film would have gotten a letter-grade bump if it had been released direct-to-DVD.

Buried six feet underneath a ton of graceless writing and some truly terrible dialog is a story where they needed to go back to the drawing board. There’s no other way of putting it. Perry and Fox both give earnest enough performances, and that makes me hate to say it all the more, but I have to be honest about the fact that there were some unintentionally funny things that stood out, one of which was the tagline: “Don’t ever cross Alex Cross!” Apparently, it was the best they could do.