September 05, 2012
In About Cherry, we meet 18-year-old “Angelina” (Ashley Hinshaw), a girl whose life has seen its share of hardships. Having dropped out of high school to help care for her sister with an abusive, temperamental stepfather and alcoholic mother (Lili Taylor), her boyfriend (Jonny Weston) suggests that she take naked pictures for extra cash.

While at first dismissing the idea, she musters up the courage to attend her first photo shoot, thereafter using the money to run away with her best guy friend “Andrew” (Dev “Slumdog Millionaire” Patel) to San Francisco to make it big.

With “Cherry” (Angelina’s acquired nickname), we truly get to see a world where bad homes breed bad decisions, and her decisions often only aspire to escape what she grew up with. With the exception of her best friend, the people in her life are rotten choices, choices that affect her in some way, but they are choices you’d expect from someone who grew up in an abusive, broken home.

Whereas so many movies focus on the girl going to the big city and having a hard time trying to see her name in lights, Cherry seems to just have good luck from square one. Both she and her best friend get a steal of a deal on an apartment with no looking needed, and she immediately has two opportunities in the adult film world to make good money. So it seems running away to catch your dreams is not hard at all if you are just open-minded (chameleonic) like she is. 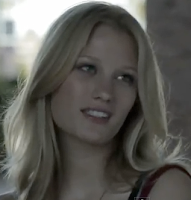 The reason Cherry makes it in the adult film world is because she’s so open-minded to go with being a beautiful work of human art. She starts out slow, but aside from being only the slightest tad nervous, doesn’t mind her work. She’s “a natural,” really “just there” and okay with anything. That’s part of what makes her so uninteresting.

When certain people in her life start to mind her career path, she takes issue with them, and that’s the problem with Cherry—she uses everyone in her life as a steppingstone to look out for herself. We all do it to some degree, but she to a much greater degree. Aspects of her personality make her an unlikable loner who deserves to be alone. 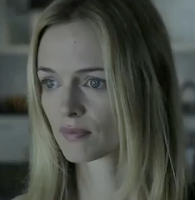 Just like all of us, Cherry wants a better life. But even when she has one, there is little to like about her. The way she treats her best friend seals the deal. There were some winning elements in the movie, and its story does make us want to keep watching, but the picture as a whole is a disappointing one. At the movie’s end, we are left unsatisfied and let down. It doesn’t matter where things go for her or anyone else with the exception of Margaret who shows us some inner-conflict with her feelings being torn between her partner of eight years and a new arrival on set. We feel for her.

Angelina never wins us, and it is because we never really fell for her to start with, as much as we did hate her drunk of a mother and feel sorry for her young sister. Overall, the film falls just short of selling itself or its performances, although most of which do remain on the respectable side. What we needed here was a lead character who had more to lose and more to give.