Created from the minds of Chris Butler and Sam Fell (those who helped bring us Coraline, 2009), ParaNorman is about “Norman Babcock” (Kodi Smit-McPhee, voice), a young boy with a gift for seeing and hearing the dead. When he discovers from his estranged but crazy-wise uncle (John Goodman, voice) that their town has been put under a curse from a witch long ago, it becomes his responsibility to use his gift to save everyone from looming forces of darkness.

In a somewhat backwards and simple community while being picked on in school from bullies like “Alvin” (Christopher Mintz-Plasse, voice), Norman has a hard time fitting in with parents (Leslie Mann, Jeff Garlin, voice) who can’t relate to him, a sister (Anna Hendrick, voice) who despises him, and only the likes of, “Neil” (Tucker Albrizzi, voice), his new chunky best friend to turn to for understanding. But the best of best friends will bring little comfort when seeing omens of impending doom everywhere and will do next to nothing in corralling the forces of darkness that are (somehow) preparing to subdue his small New England town of Blithe Hollow, Massachusetts.

While there hasn’t been a truly remarkable animated work since Despicable Me (2010) or Tangled (2010), when a movie like ParaNorman comes along, we are once again reminded of how the newer generations are getting more “eye-candy” in their animated works to go with those increasingly short attention spans. This has affected movies in all sorts of ways. And in ParaNorman, we have an example of a film that bears the modern stamp of “victim mentality,” something a new generation has grown to love and accept, but more than that, it is kind of a plot-hole...

- SPOILER - Since the witch in the story is also the victim - a young girl tried and hung wrongly as for witchcraft in the 1700s - is it not then difficult to envision how she could put a curse on the seven judges who condemned her? And does her return from the dead to torment do anything to explain why this happens in this instance only? How is she able to do it?

With mass atrocities in the world ranging from human trafficking to ethnic cleansing, does the idea of injustice in life provide enough support for a return from the grave to torment without helping to prove true the accusations of witchcraft put against her when she was alive? Only in horror movies, I suppose, or activist movies where wrongs of the past get unduly blown-up into bizarre outcries. But it seems not one writer thought of this oddity or saw it as a problem, although it isn’t that much of problem. - END SPOILER - 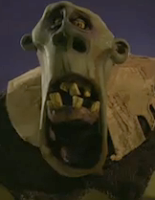 But the bottom line is that ParaNorman is an alluringly watchable and shockingly good film, as it features a combination of some clever and simplistic humor, absolutely adorable characters, to go with wonderful timing, and zombies. Perhaps the best part is that none of this is a cheap, uninspired rip-off of something else.

Count on a wide mixture of emotions to entertain, but expect the subject matter to prove a bit over the heads of young kids and to be too scary and creepy for the real young viewers, while even those of higher maturity levels could find it unsettling (not a new thing with directors Butler and Fell following in the familiar footsteps of Tim Burton, and still not as disturbing as the surreally misguided Coraline, but a little more so than The Corpse’s Bride, 2005).