The title “Expendables” fit the first movie perfectly and it fits the second one, but it goes on to describe how some might want to consider the viewing experience: expendable. When compared to other “guilty pleasure” action flicks like Transporter (2002) or Demolition Man (1993) or others of the sort, the competition has a 50/50 chance of outshining Expendables II. 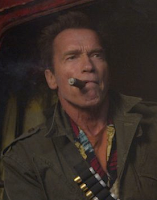 Aside from giving brain-turned-off action-buff audience members just what they want, Expendables II is not the movie it should or could have been. Whereas the first film had celebrities and wit and good timing with even better humor, the second just has celebrities—who throw around each other’s lines and take long pauses meant for the cheers of audiences to die down after seeing them come on screen. Yes, it’s a classic case of stars coasting on star power, and I can’t say it’s all that pretty.

This time around, “Mr. Church” (Bruce Willis) gets back in touch with “Barney Ross” (Sylvester Stallone) and his team (Jason Statham, Jet Li, Dolph Lundgren, Terry Crews, Randy Couture, and Liam Hemsworth). Their new objective is to retrieve the blueprints for an underground mine used to store plutonium. To handle the technical aspects of the mission, Church sends along “Maggie” (Nan Yu) with the promise that if no harm comes to her and the mission is completed, the debt owed him (from the aftermath of the first film) will be considered paid.

Agreeing to what should be an easy in-and-out mission, trouble arises when an unexpected foe (Jean-Claude Van Damme) brutally takes the life of one of the crew. This sets the team on a stone-cold vengeance quest with a high body count and correspondingly low chance of survival. 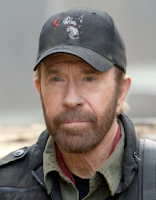 It’s almost like we remember it – with Arnold Schwarzenegger back as “Trench,” only now with Chuck Norris who quite comically props up his internet meme of invincibility as “Booker” – though not quite. While the first film likewise put heavy weight on grit, grime, attitudes, lethal force, and suicidal depression, the second captures these rather flightily and then starts to negate them with a story that doesn’t rise to the occasion.

I should only be expected to laugh so much in a movie that counts on displaying major acts of violence to fill theater seats, and I did laugh more than a time or two and loved seeing these characters interact. And that was part of the problem; I laughed too much. The usual “nick of time” saves are cliché, but could be tolerated in a movie that part-times its comedy—except for when Chuck Norris’ Booker has no way of knowing where Barney and his team are and yet miraculously shows up with enough armament to pulverize a tank plus 30 men. I sigh for want of answers. And when it happens twice in the same movie and Arnie has to come bail them out, well, I’m at a loss for words. Insult people, but don’t insult my intelligence, please. 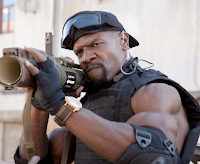 The acting, it doesn’t help things, and not because it is bad, but because it is practically non-existent. No one is really trying to act except for Jean-Claude Van Damme who would have given a performance worth remembering had the writing been better and the final showdown been more carefully drawn out. But as it is, I don’t think he does more than one spin-kick not assisted with CGI.

Expendables II is just the kind of lazy sequel we didn’t need to see following a moderately good (and certainly memorable) film like Expendables, but it’s not as though we aren’t still very much attracted to the cast with their attitudes and overbearing manliness and life-hardened inner-misery. 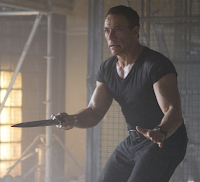 I was impressed with not just Jean-Claude who has handled his age impressively in a body not unlike I remember his being (and who deserved a much more filled out character), but Nan Yu who makes an enchanting impression both in and out of character.

Why Jet Li disappeared after the first 10 minutes of the film I never got. Sadly, the shoddiness of this fun ride of action is what tips the scales from being in its favor. It pains me greatly to say that it will never be more than a barely-passable action flick.