The Cold Light of Day is about “Will Shaw” (Henry “Immortals” Cavill), a businessman who has arrived in Spain to spend a weekend sailing with the family. But with the fate of his company worrying him sick, the uneasiness he brings to the dinner table becomes the least of his problems when his family is inexplicably abducted while at sea.

When the police are of no help in finding them, Shaw must uncover the secret trail left by his father, “Martin Shaw” (Bruce Willis) to recover a strange briefcase and deliver it to a man named “Zahir” (Roschdy Zem) or his family will be killed. 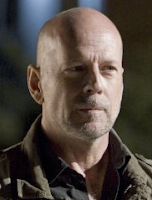 Untrained for what he faces and on the run from the CIA, particularly “Jean Carrack” (Sigourney Weaver) with only his instincts to rely on, a perplexed Shaw must utilize the closest thing he has to an accomplice, a woman named “Lucia” (Verónica Echegui), the friend of a contact of his father’s who can help him to complete his task.

As a dramatically mistitled action movie, The Cold Light of Day has the form-factor of a Bourne-style flick, but with the quality and come-off exceeding the badness of last year’s Abduction with Taylor Lautner. While the first big question seems to be the odd choice for Cavill in the lead role, the even bigger question is why Willis or Weaver would stake a claim to such a minimizing project.

The two big names may be like fish out of water in this underachiever, but what can we say of Cavill other than that he wasn’t right for the role? Well, he can run and not look gay, unlike some action celebs, but other than that, nothing good. But underneath the terrible acting from nearly all and the general ebb and flow of wooden performances and absolutely piss-poor chemistry, there was a decent movie that could have been. 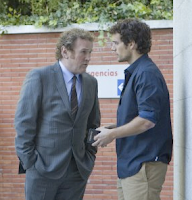 The fights are one of the stronger points, where 1) fights end up as viewable-if-roughly-cut grappling battles on the ground, and 2) the injuries sustained during these altercations make us feel like they were our own, as do the falls and jumps from great heights.

Add in some riveting car chases, respectable pacing, and we have a watchable, even likable, bad movie that we wish could have worked. But in no sense does The Cold Light of Day work. With a title like, “The Cold Light of Day,” it doesn't even sound very interesting, and when the trailer is more exciting than the movie, the future is sure to be lights out for this one.

It could be a new low for Willis and Weaver. For anyone else involved, it’s a go-nowhere ticket to Acting Career Stagnation-land, but of all the trash-worthy pieces of junk that make it to theaters that folks love to hate, this one leaves a feeling of regret from its utter lack of success.