Having killed at the Cincinnati Film Festival with wins of Best Feature and Best Director, Zach Parker’s Scalene continues to get serious attention in the world of cinema.

This perky and perceptual thriller is about the rape of a female college student by a mentally handicapped man and his mother’s subsequent revenge after his incarceration. The story is told from three points of view, leaving the audience to marinade in determining whose version of events holds the truth. 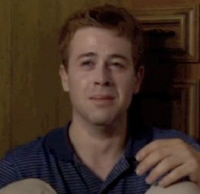 And the truth is that Scalene (no doubt named from the scalene triangle in mathematics) is an indie film that stylishly and proudly treads new territory as a psychological thriller, one that scores its share of points not in chapters of what happens in the plot, but in the details from what happens therein.

We begin from the end as the story unfolds backwards, but unlike some very big-budget movies where we are perturbed by intermittent bouts of cluelessness (think: American Psycho, 2000), we are never lost, nor are we ever guessing what happens next. The narrative is cohesively presented to us, and when it detours to account for differing points of view, we can easily find our way back.

We meet our leading lady, “Janice” (Margo “Secretariat” Martindale), mother to a mentally handicapped “Jacob” (Adam “Lymelife” Scarimbolo) who is getting close to thirty years of age. We want to like her more, but her passively nervous bluntness and at-her-wit’s-end manner make her appreciable only as a life-hardened mom, but they wouldn’t have had nearly as much of a movie without her.

Janice puts out an ad for a caregiver for Jacob so that she can have some time to herself. Responding to the ad is “Paige” (Hanna “The Virgin Suicides” Hall) who is intent on building her resume in the nursing and social work field by working with the disabled. When she is hired, a collision course is set between Paige and Janice, bringing to us an unsettlingly creative series of events that do more than just keep us watching.

As with most independent films, we have our portion to forgive and look past, and that is delivered to us right up front with a gunpoint confrontation. We can’t tell if it’s supposed to be a comedy or not if we did not know going in. When the suspicion that it might be vanishes, it becomes apparent that we are going to have to endure struggles of this sort that don’t do all that well with delivering the tension they are supposed to deliver. But tension in general is not what is a problem in Scalene—it is too much tension.

As is even admitted on the part of Margo herself in an interview, the hyper-fire emotional intensity becomes too much in scene after scene of tears, anger, shock, and/or physical pain. Just before the midway point, we begin to suspect that the turned-up melodrama is going to kill this whole project. And when we pick up the dialog with noticeably lacking spontaneity - giving us that feeling that many of the questions the characters ask, whether in crisis or not, are not questions the people in these situations would ask - we start to lose all hope.

And then our attention is quickly caught away in a deepening story that not only starts to make us care for its characters, but engrafts us to know more—and in so doing, has us almost blindsided by the ending. One well-acted scene in particular features Janice, Jacob, and Paige sitting and talking at her house. “Jacob doesn’t speak,” Janice tells Paige. “But he seems to understand most things” (followed by shifty eye movement from Jacob in a truly touching gesture of humor).

It is then that the detail-drenched storytelling abilities of director/writer Zach Parker and writer Brandon Owens begin to be seen for what they are, despite a plethora of shortcomings. 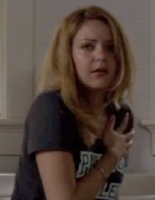 What transpires in Scalene is often teasingly laid out on the way to becoming the edgy tale that it is, but without it giving us the impression that we are being set up for something bigger. Forgiving the overacting, most of the characters we get to know powerfully leave their marks. In the proper frame of mind, we should want to exchange a few so-so performances for a stellar story any day.

What sets this apart from so many time-sequence-modified films that attempt to woo an audience with shock or surprise is that this artfully filmed work of genius has an amazing story to tell that makes us become invested in it. And although I had a general idea of where the movie was going before it ended, I was still surprised at the conclusion to find the project so well wrapped up.

It takes the right sort of viewer to go after independent films, but when one like this is found, it gets attention…the good kind.