In SAFE, “Mei” (Catherine Chan) is a twelve-year-old girl who differs from her young friends in that she is a human super computer, a math prodigy referred to as a “counter” who runs sequences of numbers for the forces of the underworld to cheat systems in cracking codes and passwords. 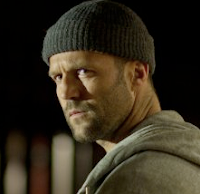 As the Russian and Chinese mafias fight over the use of her skills, she flees and is intercepted by a second-rate cage fighter and ex-cop “Luke Wright” (Jason Statham). We meet Wright and watch as the mob murders his family for his winning a fixed match he was supposed to lose, resulting in the mob losing big money

But the mob (rather ridiculously) decides to let Wright live, and instead to slaughter everyone with whom he shares any emotional connection whatever, even though it would be much more efficient to just kill him or make him fight to pay off the debt. But like action movies, action movie villains tend not to operate logically.

Wright learns what is being hidden in a secured vault that Mei is hiding the combination to. In helping her escape from the clutches of ruthless organized crime cells on the streets and subways of New York, he grasps at one last chance to redeem himself, as he is confronted with the corruption in his former police force (corruption in which he once took part). 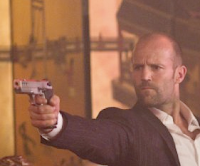 There is no need to hide from this Statham flick, which only looks like it will fall into the mold of just another “tough cop” police movie where a scruffy, unshaved hero comes to the rescue. There is no question that the elements comprising it put it beneath the dignity of most action movies from its having so many multiple over-the-top elements (cage fighting, the mafia, tough New York streets, gang wars, ex-cops, and corrupt cops), but these potentially back-setting things are made to work in an almost beautiful way. Few films could duplicate what is done here under director Yakin's vision.

And unlike so many new films where we are given long sequences in a foreign language without English subtitles and are expected to pay closer attention to make out what is going on, we have no difficulty watching as our interest grows in the story of the dark and cutthroat underworld of organized crime. SAFE is very much alive with stringent character development and a story that will appeal to most any action movie fan.

The theme certainly isn't new – and by quite a ways, the performances should not be expected to make the cut overall – but Statham’s performance goes beyond what we go in expecting, and rather few casual viewers will go on record denying that there is some skillful filmmaking here in delivering the adrenaline rush with such vitality. 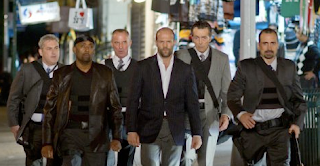 This is easily to be considered one of Statham's more substantive films due to the fact that there is much more to appreciate than explosions and attitudes. Rated R for plenty of gruesome violence, language, and boatloads of car-chasing, city-destroying action in shoot-outs and lusciously brutal hand-to-hand combat, SAFE is “safe bet” entertainment.