Fans of the first two Men in Black movies will have no qualms accepting the third in the series, as it again features the earth’s top two well-dressed agents who lead the fight against extraterrestrial forces invading the planet. 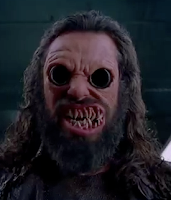 In this third addition, “Agent J” (Smith) must travel back in time to the late 1960s to save the earth and the life of his partner “Agent K” (Jones) from the escaped time-traveling super villain “Boris the Animal” (Jemaine Clement) who is out for revenge.

Clement as “Boris” is our intentionally over-the-top antagonist, but doesn’t seem so out of place in these settings. And as expected, the ensemble of characters are distinctly made to fit in with the usual cornball round-up of renegade aliens on earth, for which the series has become so widely known and loved. This is partly due to its liberally interspersed humor, which is certainly not lacking this time around, but also for having its own UFOlogy-based flavor of comedy to add to the mix.

While the chemistry of Smith and Jones is bursting at the seams, Josh Brolin is no less impression-making in his performance as the young Agent K. The story may be stunted by its own reliance on juvenile-leaning humor going in - and has some traces of melodrama going out - but neither of these keep the film from growing into a finely entertaining movie.

Barring its comedy and the charisma of its main three, the movie doesn’t do enough to ever allow it to be great—and if you pay close attention, you’ll even find a few plot continuity wrinkles. And like so many other flicks that come to us in what is supposed to be considered visually enhanced 3D, this adds nothing to the viewing experience except a slight headache.

But none will have grounds to argue that to go with a spectacular usage of its visuals and budget, we are presented with a movie that relies on its leads to win us over while lightheartedly catering to our sense of adventure in a story that is rather hard to not be taken in by.

The PG-13 rating comes for intense violence and some suggestively course language, but maybe should have made note of the sometimes stomach-turning visuals that are not for the faint of heart.

Sonnenfeld is the same director who gave us the previous films, but depending on your point of view, Men in Black III may just edge out the others to be the best in the series.