Battleship is about a signal sent from earth to “a neighboring earth-like planet” by NASA in hopes of making contact with intelligent life on it. When the signal is received, the beings on this world send five ships to earth to set up a communications relay on soon-to-be-conquered earth.

Before any of this begins, we meet “Alex Hopper” (Taylor Kitsch) who is such a loser that he breaks into a convenience store to grab a chicken burrito for his to-be girlfriend, a physical therapist named “Samantha Shane” (Brooklyn Decker). After he is tasered by the police, he comes face-first to the ground, and soon after, to the realization that his jobless life with his broken-down car is getting him nowhere.

Alex’s brother “Ben” (Alexander Skarsgård) gets him into the Navy, and years later, we find him ready to marry Samantha and trying to find the right time to approach her father and Commander of the Pacific Fleet “Admiral Shane” (Liam Neeson). Alex is a sharp cat, but even the armed forces can’t stop his talent-wasting immaturity. After a scuffle with “Captain Nagata” (Tadanobu Asano), Commanding Officer for the Japanese Destroyer Myōkō, he stands to be discharged from the Navy after the mission. 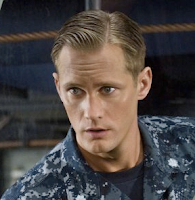 And that – as you might have imagined – is when the far-from-friendly aliens arrive on earth—right in the middle of an operation mid-sea where Alex will learn to lead and take charge against impossible odds.

Battleship is based on a 2012 Hasbro video game from Activision for the Xbox 360 and Playstation 3, and as such, its success as a movie is something no one going in should count on. And sure enough, what it gives us is cage-rattling sci-fi that is mostly noisy and pointless in the body of a plot that doesn’t “hold water.”

Problems with the movie are quite numerous and they range from inexcusable misunderstandings of physics and science to the kind of stuff we’ve been seeing for years in clichéd knock-offs. When we ask ourselves why these aliens advanced enough to get to earth in spaceships are confined to the water instead of the air, taking damage from primitive torpedoes, we come up with only this: “Oh yeah, it must be that this movie is based on a video game and so they sorta had to have it that way.” And so like most other video game movies, its problems become too much for it. 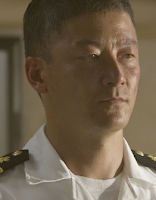 The movie’s plot is in serious trouble from the opening when we learn that a “boosted” signal was sent to this neighboring alien world. And how long did it take to get the signal there? Pretty much instantly. How about get a response back? We don’t know for sure, but it seemed to be no longer than a few months or weeks, maybe less. The aliens have made it to earth in response to the signal in almost no time at all. Our nearest star is Proxima Centauri and it takes light 4.4 years to make the trip one way. Mankind has been sending signals into space for many years, and the notion of aiming a signal at a particular planet is laughable when contemplated.

Not surprisingly, there are air sounds in space with explosions from crashes and fast fly-bys. Even alien technology wines, clinks, and hums like our own. The NASA scientists who must cope with the hostile arrivals declare regarding a crashed alien satellite in Hong Kong: “No elements are found on the periodic table.” Another cheap sci-fi cliché employed to show confirmation that something is alien technology.

This mess is a regurgitation of a bunch of classic movies—all better ones than this. Combine Independence Day (1996) with Pearl Harbor (2001) and with Predator (1987) and Star Trek and you have a mutt of a movie that can only impress the simple with showy CGI and lots of gunfire. $209 million dollars down the drain.

With everything from buzz-saw-spinning droids that destroy ships to Predator-style, spear-expanding arm weapons for impaling, these gadgety showoffs are a noisy and wearisome display of theft, broken up by humans trying to save their own from sinking ships while readying the old-school torpedoes for another round. And you never feel that people are in utter shock even when they need to be.

But Battleship, because it so well combines hero morale and nostalgia with very swift pacing, is far from boring and will make viewers at least want to like it more than they do. And though we never have a problem absorbing the humanity of the characters, the film’s weak story unfortunately puts us off time and again.