Wrath of the Titans is the second part to the hideous 2010 flop Clash of the Titans, which was deservedly known for its weak special effects, shoddy writing, and terrible performances. But movie number two very pleasingly chooses to step up its game. Sam Worthington reclaims his role as “Perseus,” son of “Zeus” (Liam Neesson), with “Andromeda” (Rosamund Pike) as the Queen of Greece. The two effectively charming leads march ahead with great supporting performances at their sides in a movie that does much better than expected. 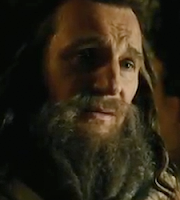 The story begins with Perseus having chosen to live life as a fisherman with his young son after the death of his wife. He is visited by his father and informed that due to a lack of prayer and belief in the gods, the walls of Tartarus are crumbling, releasing hellish beings from the underworld to wreak havoc on the earth. A reluctant Perseus is thrown into action when his home is attacked by one of these creatures.

As the gods want for strength, Zeus is kidnapped, leading Perseus to muster his humanity as the greatest asset in seeking out Poseidon’s son, “Agenor” (Toby Kebbell) to locate “Hephaestus” (Bill Nigh), to stop “Aries” and “Hades” (Édgar Ramírez, Ralph Fiennes) from helping Kronos regain his power to break free and consume the world. 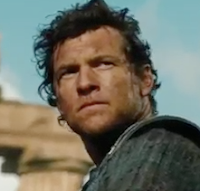 No, the film’s very ordinary premise may not sound like much in the realm of mythology, and it doesn’t raise the bar for mythology movies out there either, but it does deliver some wanted goods. What we get from Worthington is a depth-striving intensity that also happens not to lack in credibility (or to have that credibility buried in showiness as with the first film).

There are passable elements of humor here as well—elements with the decency to show us exactly what is relevant while not slowing down the pace in needless character writing. Kebbell carries his own understated effectiveness for his role while Nigh adds an oddly blended personality. Some definite improvements could have been made in Kronos who is lamely presented to us as nothing more than a monster of magma. 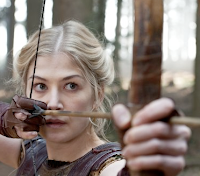 The 3D and CGI are nothing short of amazing and the spectacular visuals are spellbinding in a well choreographed and spatially aware presentation that doesn’t leave the audience wondering what is happening in relation to where (a rare quality in visually vibrant action films). The action makes sense, and while not all of it is approaching top-notch, we have a whole lot that is. 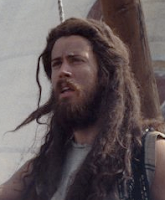 The performances, on the other hand, aren’t that memorable, but are to the point and give us just enough to make it through without wincing. The film doesn’t disappoint until the last segment at the beginning of the final battle. Here, the story takes a rather sudden nosedive into melodrama and regurgitated dialog wherein the word brother (or “brotha”) is used to death in sentences and speeches that – along with a dying climax – really kills the ending.

This one for sure doesn’t hit one out of the park. It may actually disappoint viewers looking for too much, but the battle scenes and plot development provide solid entertainment, especially when compared to the previous movie.