Mirror Mirror is a vivaciously new and entertaining take on the old fairy tale of Snow White and the Seven Dwarves, which tries – and succeeds – at taking its plot in an awesomely unprecedented new direction. As such, it will not fail to grab up its share of admirers. 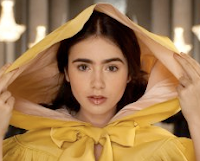 And with as many opportunities as we have to see legs of talent stretched on screen, we aren't disappointed with Julia Roberts who plays the superbly villainous and vain queen and Lily Collins who puts on a formidably innocent (and naturally beautiful) Snow White. But some of the most impressive performances are those by the dwarves who manage to capture our attention more than anyone else anytime they are onscreen.

This well-timed and sprawlingly optimistic display of character-building and charm is met with the grace of “Prince Alcott” (Armie Hammer) and “Brighton” (Nathan Lane) as the queen's personal assistant who all but augment an already funny film that only rarely falls back on comedy that doesn't hit its mark. This should surprise us a little as the film was written and directed by Tarsem Singh who brought us last year's flop, Immortals.

While a few scenes run a bit too long, this doesn't take from the fact that with present-day descriptions to go with old-timey notions and clichés, Mirror Mirror is solid viewing as an equally funny and dramatic (when it wants to be) self-parody that is as visually stimulating as any fairy tale should be.