Act of Valor is about a band of Navy SEALS who put their lives on the line to extract a CIA officer captured by a group of separatist smugglers. This leads to the discovery that the U.S. has been targeted by radical Islamist suicide bombers led by an America-hating Jew named “Christo” (Alex Veadov) and his partner and allay “Muhammed Abu Shabal” (Jason Cottle) who are planning to infiltrate the country from the Philippines through Mexico with high-tech incendiary vests. 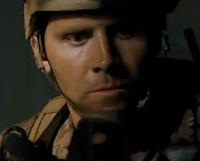 We meet this team of heroes (playing themselves with alternate names in a story that is supposed to be based on various events and with real tactics), though we never get to learn much about them beyond the pitifully brief introductions at the movie’s beginning. These six men are Lt. Commander Rourke, Special Operative Chief Dave, SPO First Class Ajay, Weimy, Sonny, and Mikey. Each of these talented men have backstories that we are supposed to really relate to and feel for. Lt. Rourke’s wife (Ailsa Marshall) has a baby on the way.

There is an interrogator, an intellectual “big gun,” two “token black” soldiers, one coming from poverty (of course) while the other is at least suggestively gay. So they hit two of the big protected classes at once. There...I spent more time introducing them than the film bothered to do.

I wish I could say that Act of Valor was a commendable film. I really can’t, but there are still audiences for these types of movies. Accompanying the devotion to machine gun fire and detailed military stakeouts leading to full-on assaults and a rescue (which is the only way the film can build any sort of intrigue at all) is the sense that this movie is and will remain forgettable, despite the most “valiant” of efforts. 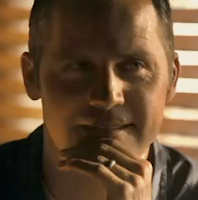 This loud movie, with little character building and lots of tech-know-how combat (shared where everybody gets to encourage future SEALS by showing their stuff) lets us see blood-splatter against walls when enemies are taken down. When not in combat, our soldiers are shown as family men with great integrity doing what must be done to secure a nation. That was clearly the intent. And then it closes out as a rather discouraging tearjerker, even though we’re not ever ready for it to be. We just don’t care for anyone like we’re supposed to, which is a shame.

The performances of this very, very non-star cast have only one unexpected thing going for them: We can better pay attention to their efforts as ordinary people and as soldiers with ordinary struggles living ordinary lives than if they were celebrities. It’s nice to watch a movie without the supercharged egos and legendary luck of celebrity soldier figures in virtual demigod roles who make it through the impossible. Not here. These are well-planned operations with results achieved through teamwork.

But the fact remains that these actors don’t act like actors. They act like ordinary people trying to act without any acting skill whatsoever. Whether or not some can overlook this will depend on how much a viewer likes sacrifices-in-the-line-of-duty movies that want us more than anything to focus on the message above all else. But even rolling with that, it’s not easy to call this one a success. A movie must do more than mean well.