This Means War is about “FDR” (Chris Pine) and “Tuck” (Tom Hardy), two CIA agents both competing for the heart of “Lauren” (Reese Witherspoon). After Tuck puts up a dating profile, he gets a hit from Lauren who seems just as reluctant to meet someone as he initially is. Upon meeting, Tuck and Lauren are hitting it off, and through a chance encounter, FDR runs into Lauren, but doesn't know she's the one his pal is into.

When they are both in the know, this leads to a “gentleman's agreement” between the two to compete for her heart. This they do while using government technology to spy on each other’s progress and eventually sabotage one another on government time. But when this escalates into a more complicated arrangement and emotions start getting in the way of work, things begin to get nasty while the competition continues on through an international crime-lord's attempt to get back at FDR and Tuck. 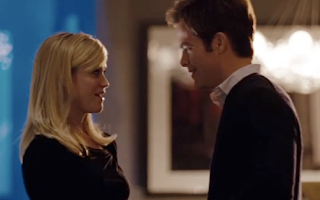 On top of being another addition to that nearly intrinsically shameful sub-genre of “bro-mance” comedies, its central weakness lies not in how lightheartedly it approaches its subject matter, but in the fact that it really doesn't do much of anything else. And anytime we have a “secret agent” movie, we brace ourselves for what we all know will come, like staff actually announcing the covert status of missions, evil, one-dimensional foreign crime-lords, getting called out by loud, angry bosses and told to "shut up" once they've screwed up, and other “doh” cartoonishness that would make Homer Simpson proud. No, these things generally don’t speak well for a movie--or they wouldn't if this were a serious film.

But we don’t mind suspending a little disbelief because the film is extremely entertaining. We're not supposed to be too enthralled with the action, and we're not, although a lot here will entertain less mature members of the audience. And as far as a romantic comedy is concerned, it ain’t too shabby, even though it features Chelsea Handler, who manages for once to not be as annoying as she usually is, as she plays Lauren's best friend, “Trish.” And she's actually funny here (perhaps another first for Handler). 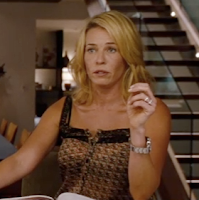 This film's dialog is sharp and witty, delivered proudly by a cast with a sought-after chemistry. The whole thing happens to be sensationally well-written from an entertainment perspective, which only leaves me to mention that Hardy could just about pass for a younger Daniel Craig in the right light.

Taking the place of some of the more insulting attempts to entertain us with boyish stupidity is a clever role reversal; instead of just the guys being smart but stupid, it's now the girls who play the smart but stupid—and superficial; girls can be just as big two-timing twats as any man can be, and perhaps more, which is what Lauren finds herself doing, thanks to the advice of her best friend. 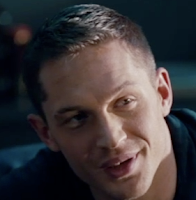 Is it nice to see the girl who can choose between guys dilly-dallying, waiting to pick one, knowing that heartbreak will definitely be the result, and still taking her sweet time nonetheless. Well, this is a romantic comedy. You go in knowing they have some way of getting to that, hopefully while keeping intact both our romantic expectations and our desire for comedy. And they do.

As a comedy, the movie is only truly funny when it relies on Handler's crude take on how opportunistic women should be to take advantage of “girl power.” Beyond that, it's just juvenile stuff that is only sometimes more than smile-worthy. The rest of the humor comes in the form of cartoonish silliness that only rarely manages not to make us remember we are purposely ignoring it. But there is something to be said for making fun of government and touching on the issue of invasion of privacy while pondering the ramifications of playing with emotions like this film does.

Even in light of its hammy ending and plot that takes what we're all familiar with and serves it up to us again, it wins because it gives us an excuse to laugh in a high-energy, modern romance that pays for itself fairly well.