When “Tobin Frost” (Washington), a traitorous international intelligence broker, enters a U.S. Consulate in South Africa, the CIA resumes the vigorous manhunt for the guy who literally wrote the book on psychological manipulation in dealing secrets. 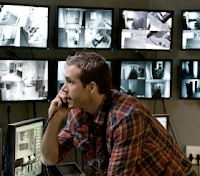 “Matt Weston” (Reynolds) is a bored-out-of-his-mind Safe House Attendant hoping to move up to something better. With his French girlfriend in the dark about his real career and his own worries about getting ahead boiling over, his problems are soon to be put on hold when he learns that Frost will be held at his safe house.

When it becomes obvious that leaks in the government are a threat to the information-extraction taking place, Weston is locked into a series of decisions that begin to define him. The more he learns about Frost gives him the insight into the direction his own life is heading.

Safe House is one movie that seems to be heading in the right direction and even seems to get better as we follow along. Frost's complacence makes you purposely nervous, but that is before he becomes the “been there, done that” guy, which lets us see that the film doesn't really have that much left up its sleeve once its plot is laid before us. Or does it? 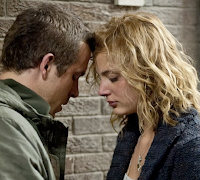 No. As an espionage thriller, Safe House doesn't really offer very much by way of attention-grabbing novelty. It's a government conspiracy movie, and that tells us we're going to have to deal with excessive amounts of corruption in high ranks. The government must be corrupt, we've come to be fed. The film’s challenge: it takes some good writing to give us anything new in that venue and we don't have it here.

And then there's the problem of people dying rather easily. Apparently, the mounds and mounds of paperwork from reports we're afraid of isn't enough to keep government officials from whacking each other. In reality, corruption is much more subtle, but not here. Still, we are brought into a story that does entertain us while wishing it were batting in the next league up. 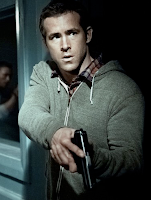 So the CIA just can't be trusted, nor can any government agency, or anyone who works for one. Does that surprise us? No. And neither does the movie. This is an ordinary film without anything that stands out except for its cynicism and a bad guy at the heart of the whole mess who has enough wisdom to know the system better than it knows itself. Some of these lines sound like they came from a good book. Others sound like talk from a wise and retired business exec who knows how the system can screw you before the next man figures it out.

Not counting its problems or its failure to set itself apart as a memorable crime/thriller, Safe House has some shiny diamonds in its rough that allow it to be counted as passable espionage entertainment. And Reynolds and Washington let their lights shine with genuine character building that shows.