“Wombmates” and a Shameless Dunkin’ Donuts Plug by Al Pacino

November 20, 2011
Movie Review: Jack and Jill (2011)
Summary: Jack (Sandler) is joined for Thanksgiving by his estranged twin sister (Sandler) who rouses the romantic interests of Al Pacino.
Spoilers: none 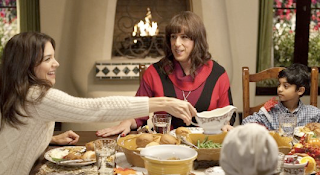 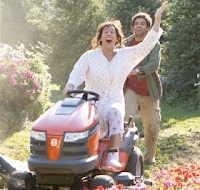 Sandler is “Jack Sadelstein,” an advertising company manager and his unmarried and lonely twin sister “Jill” who comes down from the Bronx to visit for Thanksgiving.

Unlike his more tolerant and inexplicably cheerful wife (Katie Holmes) and family, Jack finds his sister repulsively annoying—this is, until he finds that he can use her to get Al Pacino (as himself) who takes a romantic interest in her to do a highly profitable Dunkin’ Donuts commercial.

What you won’t take interest in is this god-awful movie that does none of its stars any favors. Celebrity appearances include Pacino, Norm McDonald, Johnny Depp, Tim Meadows, and David Spade (also in drag), but they do little for this vomitous and seldomly funny endeavor.

The jokes are unoriginal, the slapstick is simply not wanted, and the celebrity-in-drag routine is a thing easily done, but not often done well (as it isn’t here). 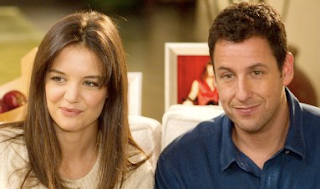 When we do want to actually like the movie because of its star performances that at least try to reach above the mire of the writing, we remember that it is only because of that coasting on star power that makes us want to like it more, and not because of the movie itself, which is another let-down.

All we get is a long and bad SNL skit with a wise-cracking parrot, bathroom jokes, a jalapeno-eating Mexican granny, and sadly improbable slapstick. The run is tiresome and unappreciable with the whole project appallingly lacking in chemistry or appeal beyond its cast. It’s an honest wonder Pacino would set himself back with this.

Directed by Dennis Dugan (who brought us Grown Ups and I Now Pronounce You Chuck and Larry), 1 star for Jack and Jill, without a doubt one of the worst movies of the year and one of the worst Thanksgiving movies ever.