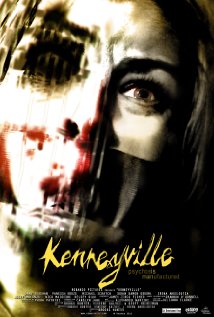 Kenneyville is about two private investigators, “Patrick” (Dany Gehshan) and “Megan” (Vanessa Broze) who are hired to investigate the disappearance of a young girl named “Kim” (Kelsey Oluk).

As the two become convinced that the police have dropped the case earlier than normal, Patrick and Megan assume the identities of “Charlie” and “Kelly” and head out as a couple onto the streets of a fictitious Canadian town in northern Ontario called Kenneyville.

Fishing around, they come across “Ben” (Josef Malonzo) and “Victoria” (Irene Angeloutsa) and are soon led right into the heart of the mystery they are trying to solve, one that disturbingly involves abduction, the slave trade, brainwashing, and drug experimentation.

We should stop right here and lay the groundwork for recognizing what becomes one in a rather sizable string of logical problems; for instance, if we ask why private investigators would take one particular missing persons case this far, we come up with no good answers. Would a lot of money from the family be a good enough reason to go snooping around in what looks like a child’s conception of what PIs do? But we won’t grind axes just yet.

As the story quickly engulfs the viewer into the highly criminal goings-on at Kenneyville, we have little build-up as to when the action starts. One is propelled into the action sequences so fast that neither they, nor the storytelling feel imminent, leaving the viewer unimpressed with the way in which events are laid out. 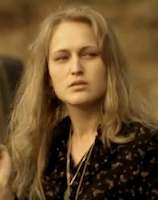 The movie feels like a play with a high school cast using emphatically pronounced lines. Every single, solitary word or phrase uttered in the film – from start to finish – is handle precisely this way and has the affect of tiring out audiences within less than twenty minutes.

Add to that, everyone curses to get more attention, either talking like country rednecks, strung-out druggies, or punks from the 80s looking to display an attitude. The very relied-upon clichés are too numerous to count, so we won’t bother giving examples except to state what intelligent audiences always remember: It is a sign of a serious lack of substantive content when directors or writers fill their films with empty swears and “tough guy talk” in place of actual story-worthy content.

In addition to not having a smart script to work off of, the Canadian cast lacked one very important thing—acting lessons. Not one soul in this uphill battle of a project has a clue as to how to perform on camera, a thing that becomes painfully evident some 10 minutes in. Although, we should, in fairness, mention that one or two characters have some measure of screen charisma in the form of distinctiveness. “Adrian Black” (Michael Scratch) who could be called our head villain, is somewhat impressive as an example of a quirky and methodically evil mind. 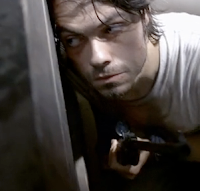 Character development is so mishandled that we never care what happens to anyone once we learn that nearly everyone in the film is as badly structurally conceived as a cardboard cash register cutout. What you see upon the first five seconds of noticing each character is exactly what you get, and never anything more.

Kenneyville does boast some impressive choreography and the settings picked for filming could not have been better selected on the largest budget. From muddy scrap yards to hillside sheds, and from barnyards to excluded small-town bars, we have no gripe with the settings.

It is a cinematic shame, however, that the only thing these beautifully convincing settings get are rampant displays of testosterone with tough guys shooting at each other and swearing (and sometimes spitting on each other’s corpses), and all this time, you’re only sure of one thing: Nobody – and I mean, nobody – behaves as portrayed in this film.

There are some impressive fight scenes and one very good struggle near a second-floor window that results in a fatality. A gun goes off and we get to see a truly cool finishing-off of a thug. The occasional such occurrence scores back a point or two here and there.

Now it’s one thing to fail at making a great film, but quite another to have the idea of a great film and then see that idea squashed even in the seed form of its premise. We have such an occasion when we get to the end and find out why these females are being abducted and what these experiments are for. This is even more regrettable because the film’s “small town, big troubles” plot could have been trimmed and at least been salvageable in theme. Maybe it still can be, but as it’s written here, there truly is no hope for anything lasting or likable. 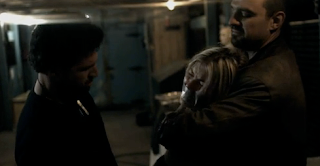 There are simply too many problems in the storyline to cover them all. These range from silly questions the characters very often ask each other to utterly stupid statements, swears, expressions, and remarks made that only detract from the already in-the-red deficit of a movie almost totally void of surprises or suspense.

It dabbles between being a horror and a psychological thriller (while wanting to find a place in the latter category), but can cut it as neither, which is unfortunate due to the great potential it had.