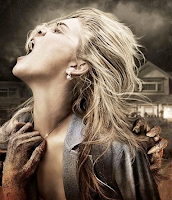 Its unusual blend of comedy and horror don’t blend very well, but it doesn’t totally bomb, either. Haughty and horrifying, this story about a promising young loan officer (Alison Lohman) who is cursed with damnation for refusing a widow a loan extension on her home is indeed memorable—and oddly, you will find a lot of messages about bulimia packed inside. Trailer

Wil Wheaton, that handsome young kid who played “Wesley Crusher” on Star Trek: The Next Generation is here the son of a “tough love” Christian father of a family who lives on a farm. When a mysterious meteor crashes and releases something into the land and water supply, the family starts transforming and acting very weird!

It may not be a great movie, and many segments and even characters in the film could have been trimmed out, but this one is one of the truly disturbing low-budget films that managed to outdo itself several times over. Trailer 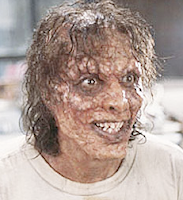 Make no mistake about it—even the original Fly (1958) couldn’t come close to being this physically disturbing.

Exploring horror, we often find that it is the physical transformations that get under our skin the most (remember this when we get further in the countdown). Trailer

This is one of the most gripping, edge-of-your-seat film experiences in recent years, and it’s not often you find camcorder footage suspense-builders that can be this compelling. It’s a must-see about a party in New York interrupted when something deadly crashes in the city. Just when you think all hell has been let loose, it gets worse. Trailer 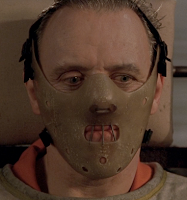 Anthony Hopkins makes movie history as Hannibal Lecter, a cannibalistic psychopath so dangerous, and yet insightful, that words can scarcely describe it—and in a movie riddled with complexity and nuance about a detective who uses one serial killer to track down another. If you haven’t seen this one, you’re a deprived child! Trailer 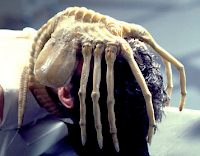 A mining ship responds to an SOS signal and discovers an alien race of creatures so terrifying that generations of children still have nightmares about them. Trailer

A great film this certainly is not, and even some big components of it were not well conceived or executed, but Mirrors is a true horror movie, one that is not afraid to leave audiences with utter despair and soul-stretching disappointment. It has something going for it, despite a storm of mostly negative critic reviews.
Trailer

While it may lack the super-climactic payoff of some horrors, this story-rich tale of an asbestos removal team that goes to work in an abandoned mental hospital is chilling and oh so horrifying! Pay close attention to the details and follow the story. It’ll get inside your head! Trailer

A movie based in part off of real life Wisconsin serial killer Ed Gein, Psycho may be the subject of parody today, but this is – and will always be – one of the great horror films. Gets better every time you see it! Not many films do.
Trailer

A family moves into a haunted house and finds their lives changing for the worse. A few others of the Amityville series were as scary (particularly part II), but none did what this one did. No, it's not a true story, but it'll make Halloween all the more special.
Trailer