“If You’re Going to Choose the Wrong Side, at least Choose the Right Weapon”

June 06, 2011
Movie Review: Blitz (2011)
Summary: A tough cop is dispatched to take down a serial killer who has been targeting police officers.
Spoilers: none 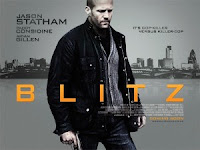 Jason Statham stars in Blitz, a gruff and grimy UK-based police drama about the sacrifices made by law enforcement to keep peace on the streets.

Statham is “Tom Brant,” an alcoholic cop with a reputation for brutality who sets his sights on catching a cop killer targeting members of their precinct.

Brant teams up with “Porter Nash” (Paddy Considine), an openly gay sergeant who comes on board to help manage the crisis. When the team comes across a newspaper reporter and a snitch in an attempt to locate the illusive psychopath (played chillingly well by Aidan Gillen), it becomes a matter of time before discovering which side will reach their objective first.

At first glance, Blitz may sound like just another “tough cop gets results” movie, but there’s a lot more here than a film that strongly resembles something patterned after Dirty Harry.

While the plot and theme certainly don’t feel novel, and the film itself occasionally picks up some familiar cop movie clichés, the film’s rough exterior gives way to inner-strengths that lie in a story built on more than solid writing and fabulous character development.

An ample amount of time is given to let audiences get to know and respect the cast. And Statham, who is by now an icon in the tough guy action segment, does an outstanding job with supporting characters that bring out the strengths of his on-screen persona. Zawe Ashton as “Elizabeth Wall” is respectable as an ex-undercover officer with her own dark side, as she tries to look out for a misguided neighborhood youth. 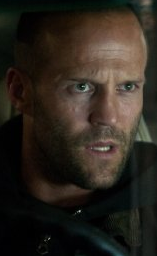 Some curious plot logistics may give the occasional raised eyebrow and the action sequences and camerawork might be a bit odd with regard to the view presented to audiences during struggles, but the way in which the story is presented is overall accommodating and compelling.

The provocative pacing takes us smoothly from beginning to end with a tale about a tough-as-nails cop who is not just an edgy character, but a respectable onscreen presence with a little more dimension than his usual roles.

This may be one of Statham’s best performances yet. 3 ½ stars for the shocking, but definitely striking, Blitz.